I Survived The Transition: My Relaxer-Free Update 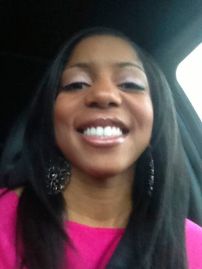 That’s the one thing I tell every woman I know who is growing out her relaxer.

Last year, I wrote about my transition and you can practically hear the tears of frustration streaming down my face. I wasn’t being dramatic, the first several months are super hard! I refused to do the Big Chop so I had to endure my hair being decidedly two different textures. As a result, back when my new growth was only 2-3 inches, it was difficult to make it blend with the relaxed hair. Now that my relaxer is mostly out (I’d say 85% of my hair is relaxer-free at this point) it is much easier to deal with. My hair looks like it’s all one texture and the only time you can tell that only part of my hair is relaxed is when it’s wet.

When I decided to go relaxer-free, I was going to the salon every other week, so I figured my stylist would have to deal with straightening it. I was in for a very rude awakening when I subsequently realized that many salons charge more to straighten natural hair! So, ironically, since growing out my relaxer, I’ve been going to the salon less often than ever.

It’s important to note that I still wear my hair straight every single day. I’ve tried the kinky curly thing a time or two, but both times it looked absolutely disastrous. I realize I could train it and do some things to make it look more presentable, but if I’m spending all of that time trying to manipulate my hair and make it curly, then I may as well stick to wearing it straight.

Straightening my hair takes a lot more time and patience than it used to, but not much more. My hair was never bone straight with a relaxer anyway. I still had to wash it, blow dry it with a comb attachment and flat iron it. Now, it takes a little more time to comb through before blowdrying it but it’s doable. The front of my hair doesn’t lay down like it used to either, but tying it up at night definitely helps.

All-in-all, I’m still not a spokesperson for natural hair. It’s expensive to maintain at the hair salon, it’s definitely not wash and go, the products to wear it curly are confusing and overpriced, styling it (curly or straight) is time-consuming, and it’s just hair anyway so who cares if you’re relaxed or natural? I do like the idea of my hair not being chemically straightened and the fact that it is still completely manageable without it. People had me afraid that I wouldn’t be able to comb through my hair without a relaxer. That’s not true at all!

If you’re considering going relaxer-free, think it through! But if you’re in the midst of transitioning, I’d say commit for at least a year-and-a-half before giving the final verdict of whether you like it or not. You’re going to hate it at first, but as time goes on, you may surprise yourself. In October of last year, I was close to giving up and going back to the creamy crack. I never thought that at this point, nearly two full years after my last relaxer, I wouldn’t see myself ever getting a relaxer again.

I survived the transition…and so can you 🙂

4 Comments on “I Survived The Transition: My Relaxer-Free Update”